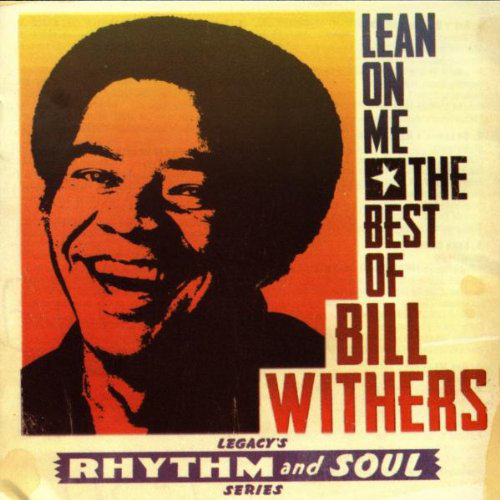 Bill Withers stepped into a recording studio for the very first time at the age of 32, and two years later, he’d written and recorded one of the most beloved pop songs of the modern era: “Lean On Me,” which began its first stay at #1 on the pop charts on this day in 1972.

Bill Withers was born in 1938 in the coal-mining company town of Slab Fork, West Virginia, where he left school at age 13 to help support his family following the death of his father. The Navy took Withers out into the wider world at the age of 17, and he settled in California following his discharge nine years later. At age 29, he set his mind to pursuing a career in music, but he hedged his bets with full-time factory jobs in various Southern California defense plants. It took three years for anyone to show an interest in him, but in 1970, Sussex Records signed Bill Withers and paired him with producer Booker T. Jones of Booker T. and the MG’s fame. While Withers continued to work in an aircraft factory assembling toilet seats, his 1971 debut album, Just As I Am, became a major critical success, yielding the Grammy Award-winning hit single “Ain’t No Sunshine” and the minor R&B classic "Grandma’s Hands.”